The Museum of the World Ocean
The Museum of the World Ocean was established by order of the RSFSR Government on April 12, 1990.
According to regulations, the Museum of the World Ocean is a Republican Centre for scientific research and methodological work and it is devoted to the history of exploration and development of the World Ocean.
The museum embankment of the historical fleet is a unique structure in Russian maritime museum practice. The following vessels are moored at the museum quay: the Vityaz, the largest research museum ship in the world; the only post-war museum submarine afloat in Russia; the Kosmonavt Viktor Patsayev, uniquely designed for space communication and currently housing a museum exposition onboard; and the SRT-129, the only fishing trawler in Russia. The embankment has stretched over to Saint-Petersburg, where the Krasin, the oldest and only museum icebreaker in Russia is moored. The history of exploration and development of the World Ocean is presented onboard the museum ships.
The coastal museum complex in Kaliningrad includes the main building and The World of the Ocean, A Glimpse — an exposition containing amazing saltwater aquariums, collections of seashells and corals, geological and paleontological exhibits, as well as the biggest skeleton of a cachalot in Russia. It also houses the exhibition and expositional buildings of Maritime Koenigsberg-Kaliningrad, Packgaus and other objects.
The revived architectural monuments of the XIX century – the Koenig Gate, which houses the Grand Embassy historical and cultural centre, and the Friedrichsburg Gate, which houses the Ship’s Revival historical and cultural centre, are also a part of the museum. 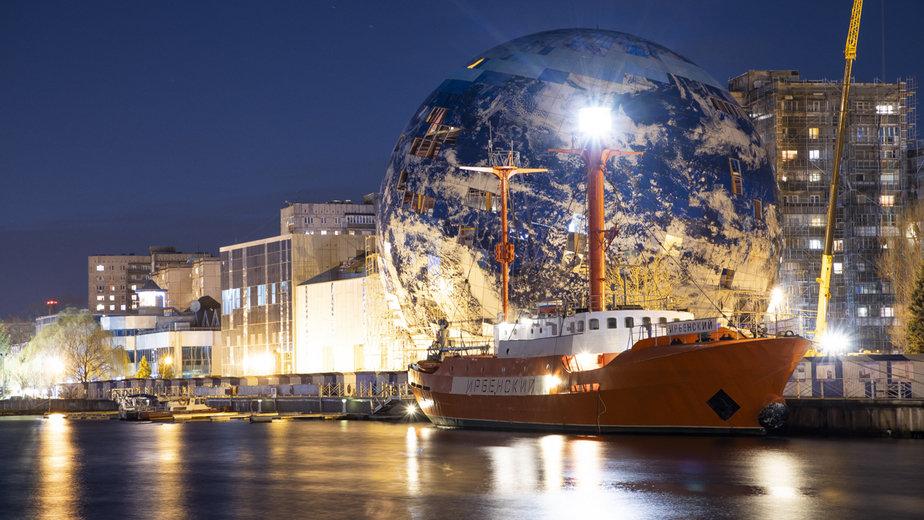