Continue to form a fleet

We continue to form a fleet!
Two traditional northern a dugout canoe (also known as osinovka) came to the museum from the Ustyansky District of the Arkhangelsk region.

A dugout canoe or simply dugout is a boat made from a hollowed tree. Other names for this type of boat are logboat and monoxylon. Dugouts are the oldest boat type archaeologists have found, dating back about 8,000 years to the Neolithic Stone Age. This is probably because they are made of massive pieces of wood, which tend to preserve better than, e.g., bark canoes.

Osinovka is a small boat with a carrying capacity of up to 350 kg, up to 7.5 m long and 2.5 m wide. It was made from pine, spruce, and predominant of aspen, used for fishing and was widely distributed in the Russian North.

To build the hull of the boat, the trunk of the growing aspen tree was crucified with wooden wedges for two to five years. After that, the tree was cut down and the resulting groove was expanded by the extraction or burning. The blank was then soaked and creamed before being crucified with wooden boots. The propelling elements of the boat were webs (not more than four). Before the launch, the hull dropped from inside and outside. Instead of a rudder, a paddle/paddle was used: with a small mass and fairly high sides, the boat is narrow, very well managed and maneuverable. The boat is narrow, light and maneuverable (in modern times it is often used with an outboard motor).

Photo: boat 1 (length about 4 m, height 0.5 m) made in 2019 by master Alexander Alekseevich Kazakov from Tarasovskaya village (Ustyansky District ). In the near future the exhibit will be sent to the permanent exhibition of the museum and will complete thematic collections «Pomors» and «Fisheries»;

The boat 2 (length 5 m, height 0.6 m) was made in 1997 by the master Alexander Fedorovich Bobin  from Isayevskaya village (Ustyansky District ). The object has already been placed in the street exhibition of the museum next to the karbas «Toyma». 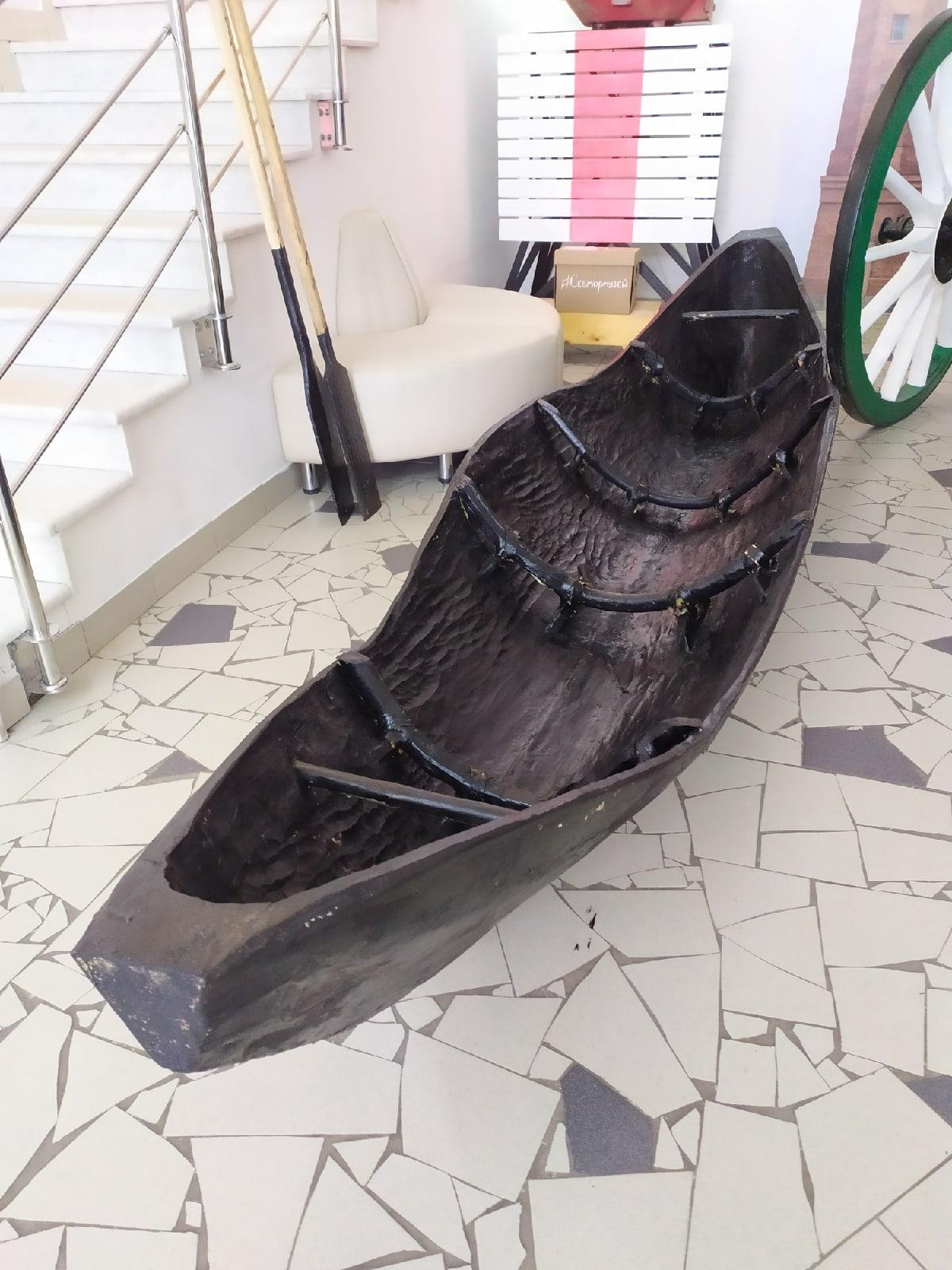 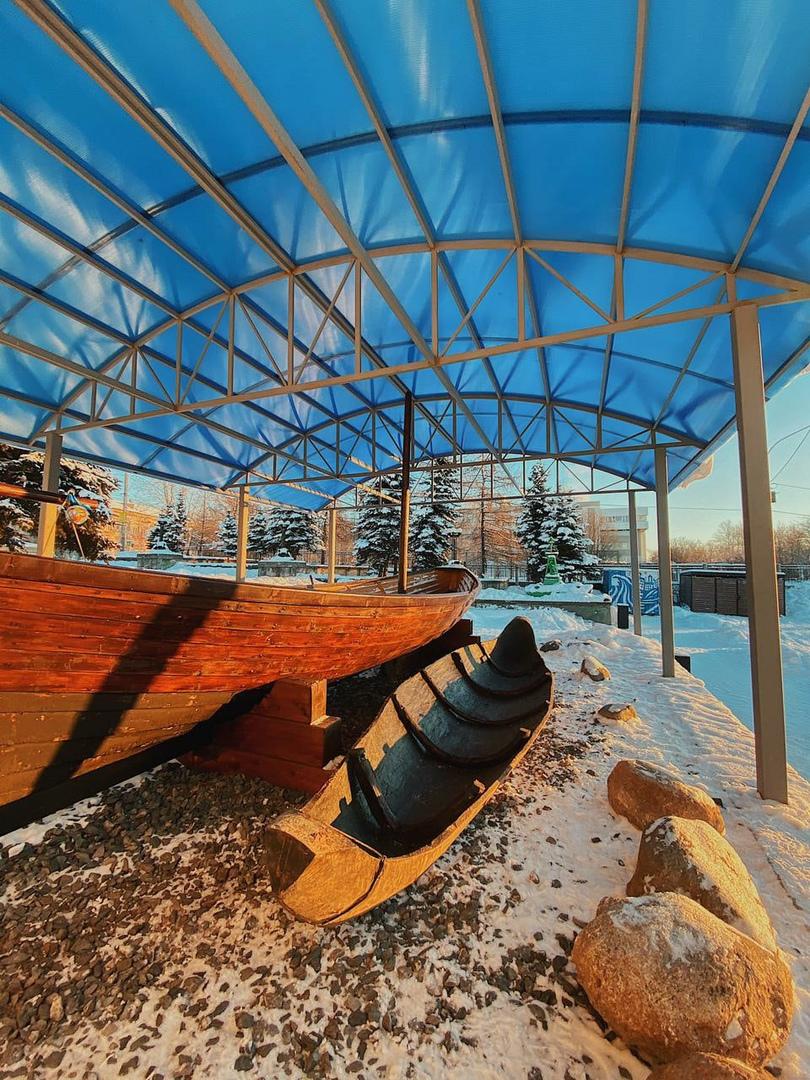